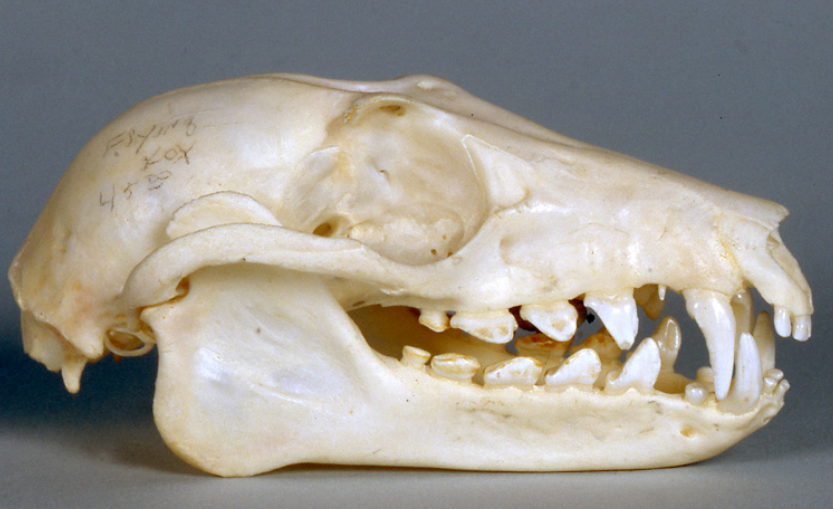 A new study involving bat skulls, bite force measurements and scat samples collected by an international team of evolutionary biologists is helping to solve a nagging question of evolution: Why some groups of animals develop scores of different species over time while others evolve only a few. Their findings appear in the current issue of Proceedings of the Royal Society B: Biological Sciences.

To answer this question, Elizabeth Dumont at the University of Massachusetts Amherst and Liliana Dávalos of Stony Brook University together with colleagues at UCLA and the Leibniz Institute for Zoo and Wildlife Research, Berlin, compiled large amounts of data on the diet, bite force and skull shape in a family of New World bats (Figure 1), and took advantage of new statistical techniques to date and document changes in the rate of evolution of these traits and the number of species over time.

One hypothesis is that the evolution of a trait, such as head shape, that gives access to new resources can lead to the rapid evolution of many new species. As Dumont and Dávalos explain, connecting changes in body structure to an ecological opportunity requires showing that a significant increase in the number of species occurred in tandem with the appearance of new anatomical traits, and that those traits are associated with enhanced resource use.

“If the availability of fruit provided the ecological opportunity that, in the presence of anatomical innovations that allowed eating the fruit, led to a significant increase in the birth of new species, then skull morphology should predict both diet and bite force” they said. They found support for these predictions by analyzing thousands of evolutionary trees of more than 150 species, measuring over 600 individual bat skulls of 85 species, testing bite force in over 500 individual bats from 39 species in the field and examining thousands of scat samples to identify the bats’ diets.

They found that the emergence of a new skull shape in New World Leaf-Nosed bats about 15 million years ago led to an explosion of many new bat species (Figure 2). The new shape was a low, broad skull that allowed even small bats to produce the strong bite needed to eat hard fruits. The rate of birth of new species jumped as this new shape evolved, and this group of bats quickly increased the proportion of fruit in their diet. Change in shape slowed once this new skull had evolved.

Figure 2. A phylogeny of 150 species of phyllostomid bats illustrating morphological diversity among subfamilies. Branch lengths are proportional to time. The red arrow indicates the node where the most rapid diversification rate was found. (From Dumont et al., 2011)

It can be difficult for evolutionary biologists to demonstrate that traits related to anatomical changes, also called “morphological innovations” such as a new skull shape, give certain groups a survival advantage when new food sources, such as hard fruits, become available.

“This study conducted during the International Year of the Bat offers a clear example of how the evolution of new traits, in this case a skull with a new shape, allowed animals to use new resources and eventually, to rapidly evolve into many new species,” Dumont says. “We found that when a new ecological niche opened up with an opportunity for bats that could eat hard fruits, they shifted their diet significantly, which in turn led to the evolution of new species.””

Story Source: The above story is reprinted with slight modification from materials provided by University of Massachusetts at Amherst and authored by Janet Lathrop.